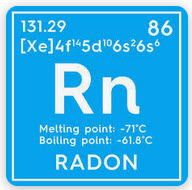 Radon and its by-products are by far the greatest single source of radiation that we receive in our lifetime. More than from medical testing, cosmic sources, and consumer products combined. Breathing air that contains radon increases the risk of lung cancer. Other than smoking, radon exposure is the leading cause of lung cancer.

Cumulative Radiation Exposure for the Average US Citizen 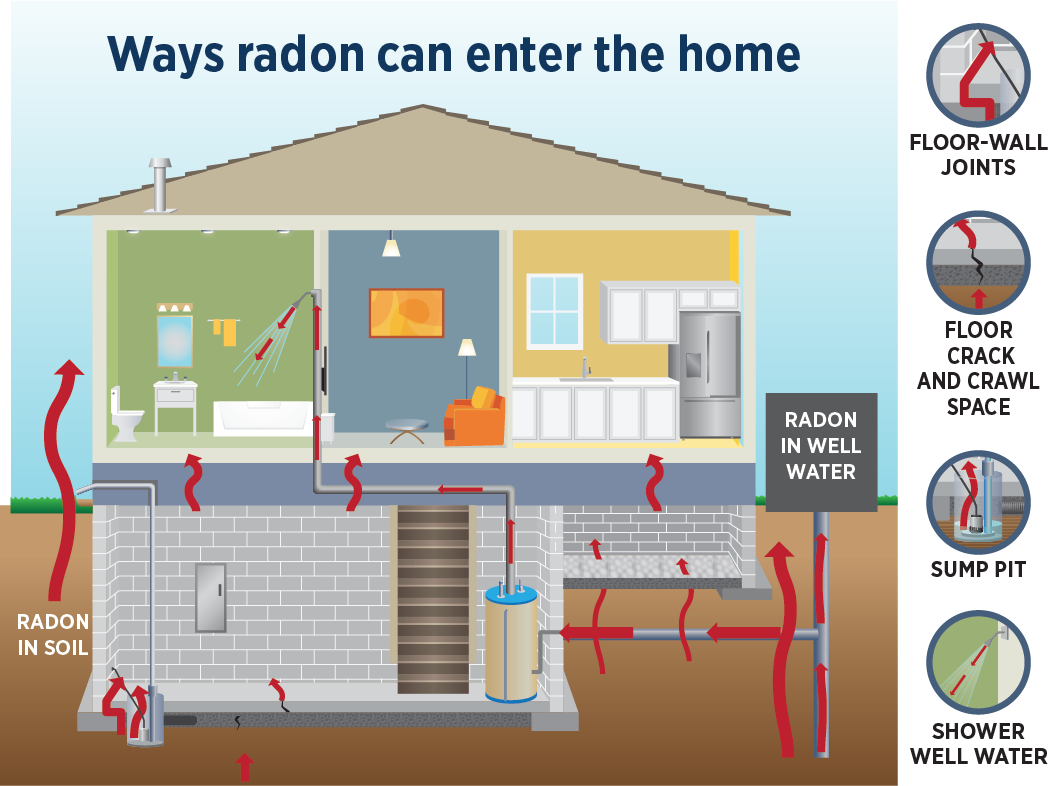 Reducing the Risk from Radon: Information and Interventions A Guide for Health Care Providers. Publication No. E-18-2.

Small amounts of radon are also present in ground water, and can cause exposure either through drinking contaminated water, or inhaled as water vapor during a shower. This type of exposure is much less common. If high levels of radon are detected in the air, you may wish to test your well water supply as well. The Environmental Protection Agency (EPA) provides fact sheet for Radon in drinking water.

Radon testing measures the levels of radon and its radioactive decay by-products, or “radon progeny”. Radon will eventually decay down to a stable lead isotope, giving off alpha and beta radiation along the way. Portrait of Friedrich Dorn, long thought to be the discoverer of radon, photograph, no date (Wikimedia commons)

The Discovery of Radon in Homes: The Story of Stanley Watras

The Watras Family posing in front of their home in Boyerstown, Pennsylvania where radon levels were found to be 2,700 piC/l.

Did you ever wonder why we ever started doing radon testing and radon mitigation in homes? Did someone just get up in the morning and think to themselves, “I think I’ll check my house for radon today.” No …that would be silly! But, it’s actually a very interesting tale!

It was discovered quite by accident through a man named Stanley Watras, who was a construction engineer. In 1984, while working at Limerick Nuclear Power Plant in Pottstown, Pennsylvania, he set off their new radiation detectors. The rest, as they say, is history!

Stanley J. Watras was a construction engineer at the Limerick nuclear power plant in Pottstown, Pennsylvania. A monitor was installed at the plant to check workers to make sure they did not accidentally accumulate an unsafe dose of radiation at work.

One day, on his way to work, Mr. Watras entered the plant and set off the radiation monitor alarms that help protect workers by detecting exposure to radiation. Safety personnel checked him out, but could not find the source of the radiation. Interestingly, because the plant was under construction at the time, there was no nuclear fuel at the plant, so there was no way for Mr. Watras to have been exposed to any radiation at work.

Eventually, they discovered that Mr. Watras was not picking up the radiation at work, but rather was bringing it to work from home! A team of specialists was sent to the Watras’ home to investigate. There, they measured radiation levels about 700 times higher than the maximum level considered safe for human exposure (the home tested at 2,700 pCi/L and a safe level is at or below 4 pCi/L). The source of this enormous amount of radiation turned out to be radon, a naturally-occurring gas that made its way into the Watras home from underground. It had nothing to do with Mr. Watras’ job. The entire family was living in an environment roughly equivalent to smoking a couple of hundred packs of cigarettes per day. They moved out of the house immediately, while the problem was being fixed.

After Mr. Watras and his family evacuated their house, the United States Environmental Protection Agency (EPA) and Pennsylvania officials turned it into a laboratory for long-term measurement of radon and radon decay products and evaluation of radon mitigation techniques. After many months, they reduced the radon concentration to an acceptable level, and the family was able to return. After installing a radon-reduction system, radon levels in the home tested below 4 pCi/L.

Although this case occurred in 1984, residential indoor radon exposure as a health hazard flies below the radar of many real estate professionals. Radon is a Class A carcinogen, which means it is known to cause cancer in humans. Most people do not know that radon is the second leading cause of lung cancer in the United States, resulting in approximately 21,000 lung cancer deaths each year. Only smoking causes more lung cancers.

The U.S. Surgeon General and the EPA recommend that all homes in the United States be tested for radon.  In fact, in May 1993, the National Association of Realtors (NAR) joined the EPA in urging all Americans to test their homes for radon. The NAR encouraged state associations to develop and support legislation or regulation requiring mandatory property condition disclosure, including radon, by the seller.